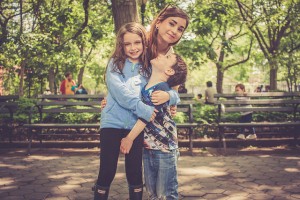 stem has come under scrutiny by a number of critics over the past week. In what is supposed to a cultural experience for young people, as well as a working gig, it is now alleged to be used by many to extort cheap labour from willing candidates. That is the allegation at the centre of a massive lawsuit from law firm Boies, Schiller & Flexner and non-profit organisation Towards Justice that accuses multiple travel agencies of conspiring to keep wages under the minimum for foreign au pairs.

The price-fixing and minimum wage violation lawsuit is part of a wider effort to overhaul the entire American au pair system, which brings over 13,000 young people to the United States each year. The suit started after Towards Justice noted that many agencies put forward the notion that the $195.75 per month, or $4.35 per hour, wage was set out by the US government and any agency offering to pay more should be treated with suspicion, However, the US minimum wage should be followed by all work organisations in the country, and au pair agencies try to get around this by saying that the programme is a ‘cultural exchange’ as opposed to employment.

A typical au pair America job dictates that if an individual works more than 35 hours, they should be entitled to at least more than the minimum wage. The lawsuit also alleges that a large percentage of expenses are taken from au pairs’ wages, including room and board. This is inappropriate because an au pair, under the legal requirements of the program, is almost always obliged to accept accommodation from a host family.

The term ‘au pair’ itself originates from the French phrase ‘on equal terms’, which comes from the post-war European practice of exchanging young foreigners looking for meaningful work with children and families, usually in America and away from the iron curtain, where war sentimentality still existed. Ever since the 1960’s, the au pair programme became nationally recognised in the US under the provision of a special work visa; in the modern context, private agencies match families and those seeking au pair work together for a fee (typically around £800). In turn, the host family must provide room, board, and a weekly wage.

According to minimum wage advocates, the au pair system has now been compromised and young people are being taken advantage of for private gain. Federal regulations dictate that the J-1 visa program (an integral part of the au pair programme) must comply with American work laws, which stipulates the minimum wage requirement. Work agencies have fought back, saying that under the regulations of the J-1 visa, work conditions provided are ‘perfectly legal’ and that au pair’s must make their own choice whether or not to accept the terms provided by a host family.

This is where the crux of the lawsuit comes in. According to Towards Justice, no wider terms are ever provided by these agencies, and an industry standard has set it which means a young person looking for au pair work will rarely, if ever, find terms that are different from what the majority of agencies have to offer.

Although au pair programmes are fundamentally intended to broaden cultural understandings for young people, the offer of payed employment is also a fundamentally important part of the experience, and should afford au pair’s enough money to make the most of their time in the USA. Limiting this is doing damage to an important part of travel and cultural understanding that has existed for over a century.