How to Rock Father’s Day with a Newborn 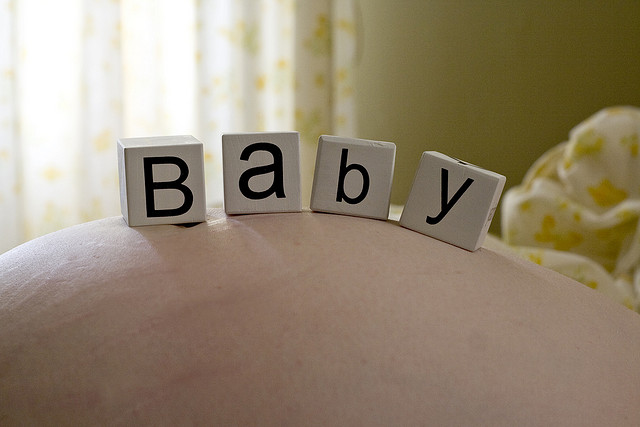 A friend of mine who has recently become a proud mum asked me on a coffee shop catch up last week what was the done thing when it comes to Father’s Day. Being new to motherhood, she’d obviously never bought a Father’s Day gift on behalf of somebody else before, and at 12 weeks old her little treasure won’t be choosing such a gift himself! We ended up having quite the debate over how the very first father’s day to a new dad can set a precedent so there’s every reason to take time over your decision and ensure you pick the path of gift giving that will suit your new family long into the future.

I’ve identified three distinct routes you can go down when it comes to deciding on Father’s Day gift ideas and each has its merits so see what you think!

Route One – Get Cute!

Your newborn baby is the cutest little thing in the whole wide world. Even the steeliest of hard-nosed men with beards of wire wool and expressionless faces cannot fail to be moved by their own offspring. Daddy’s little progeny, the apple of his eye, the greatest gift his life has given, can do no wrong right now, so take advantage! Get your man to embrace his softer side with something cute and cuddly that’s from his new child. How could he not love that fluffy little teddy bear with the ‘I <3 Daddy’ stitching on his chest, when it’s (notionally at least) from his very own son or daughter?

Other gifts down the cute path can include handmade crafts later down the line as your child grows up. The classic freeze dried macaroni necklace, finger paintings and various creations heavy on the glitter will all find themselves making their way out come June time, and just knowing that his untouchable little loved one has been involved in some way will make these gifts forever priceless.

Whilst everyone knows that getting something useful and practical on your birthday is never as enjoyable as receiving something glitzy and glamorous (for us ladies it wants diamonds in it whilst for men it wants batteries), Father’s Day is a whole different kettle of fish. When a man is new to fatherhood he’ll have no expectations and no history of receiving gifts on this day by which to judge whatever mummy decides junior would pick for him! Therefore it’s a perfect opportunity to start off on the foot of getting him something he needs rather than would necessarily want.

Wardrobe looking a bit tired? Pick him up a nice shirt he’d look good in. Spice rack on its last legs? How about a nice power drill? If he needs encouraging to pull his weight in the kitchen why not present him with a pasta maker?

Actually this last one is a great avenue of gift giving. My husband can’t resist any new toys for the home so if I pick up a flashy new powerful food processor and get him salivating by telling him its motor is more powerful than a Kawasaki motorbike he can’t resist attacking as much food as he can find. Just make sure you have a whole stack of foodstuffs in need of blending and you can be sure he’ll tackle this task with aplomb!

Route Three – Get Him What He Really Wants

If daddy’s one for spoiling his little darling then maybe bubba would naturally only want to repay the favour by responding in kind. As long as you recognise that getting your man a real treat for his Father’s Day gift will leave him expecting similar treatment each year thereafter (until such time as your child can decide for themselves what daddy is deserving of), then why not indulge him.

Chances are you know your other half better than most and you’re therefore going to know the type of gear that gets him going. Whether it’s battery operated gadgets and toys or he’s a man with a lust for designer clobber, you pick him up what he wants and let’s be honest, there’s every chance that come Mother’s Day that fabulous Gucci black leather clutch bag could be yours (if he knows what’s good for him)!

I must say I enjoyed writing about this subject. I’m happy for my friend and I’m definitely looking forward to this next phase of my life. Who knows! The next time I write about this, It could be my own little brood on the way. See you next time.