Females in the Workplace: The Pay Gap & Gender Discrimination 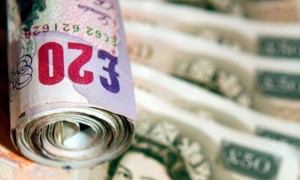 As I write this, there’s been some notable developments in the world of workplace gender discrimination. Many people have made a valid point that as Hilary Clinton prepares to be the likely Democratic candidate for presidency in 2016, women who work in Washington still make considerably less than their male counterparts. Another big deal was made of the fact that Jenifer Lawrence would be making more money than her male co-star Chris Pratt for the upcoming film Passengers; many were unable to comprehend the simple fact that J-Law is the hotter ticket these days.

Despite these being two significant news stories, neither has actually had any notable effect on how the majority views workplace and gender discrimination. The fact that an ongoing pay gap between men and women still exists highlights how little the majority are willing to confront the issue. There still exist many types of discrimination at work that are based upon the division of gender; here I will be exploring two of the most common types.

A recent survey, which was conducted the Fawcett Society last year, found that a large percentage of women who earned minimum wage returned to less senior roles after maternity leave. This highlights the poor treatment of women in the workplace, as well as the problems faced in already low-paying jobs. Furthermore, the research of the Fawcett Society suggests as many as 60,000 women were forced from work in 2014 in relation to maternity discrimination.

The law protects all women against unfair treatment, discrimination, and dismissal in relation to maternity leave or pregnancy. During pregnancy, women have the undeniable right to 52 weeks maternity leave and the right to return to work afterwards, in the same position in which they left. Employment solicitors also frequently fight cases in which women have been denied a promotion at work on the basis of pregnancy or maternity leave.

As of 2015, Prime Minister David Cameron is only just setting out a plan to tackle the wider problem of systematic gender pay discrimination, essentially by forcing businesses to disclose publically their differences in pay by gender. Whilst the move should be welcomed, the government has been slow to act on an issue which has been at the centre of women’s rights movements for the past three decades.

The UK difference between pay in 2015 was put at 9.4% as opposed to 10% in 2014, which shows that progress is being made very slowly. However, newly appointed Women and Equalities minister Nicky Morgan stated that the pay gap has been ‘virtually eliminated’ for women under 40 working full-time; perhaps from a conservative perspective this is true, but those working for minimum wage this simply isn’t the case, and this level of ignorance from the individual responsible for closing the pay gap is concerning.

The European commission also began tracking gendered pay gaps across the EU in 2014 in an effort to tackle gender inequality, and produced a report of its findings in the same year. The report makes clear that the problem of pay inequality between men and women extends beyond on the shores of the UK. On average, the gender pay gap in the EU sat at 16% last year, and hasn’t changed much since. On top of this, the combination of lower wages and hours worked has resulted in a higher number of women experiencing poverty in old age.

In conclusion, we can only hope that the steps governments and business leaders around the world take are positive steps towards closing the gender pay gap between men and women, as well as ending discrimination against legally entitled maternity leave.