Like most people in the UK I love watching a bit of Wimbledon in the summer, accompanied by strawberries and cream of course. So, I was over the moon to see that Serena Williams was pregnant with her first child,  yes! I was also ecstatic to discover that she was in fact pregnant when she won the Australian Open in January this year, what a women. Here are the 5 reason why we should all be team Serena.

Not only is she a great tennis player but an excellent role model to both young and mature females. She has had to put up with years of racist and sexist comments but she somehow manages to keep her dignity and be a shining example of how to act in the face of such ignorance.

Active While Pregnant, You Go Girl

Serena will be able to help tackle the stigma that surrounds women who continue to train and stay fit during their pregnancy. In some quarters, women are expected to drop everything and just be pregnant.  The backlash faced by Instagram famous mums is horrific and the world needs to be educated that it is ok to be active and expecting. Who wrote the rule book about staying insde? This is 2017 afterall.

While Serena is unlikely to face the same level of pregnancy and maternity discrimination than those in other industries, it is not surprising that it has already raised its ugly head. Having only just announced her pregnancy, it is outrageous that articles and commentators are already questioning if she will be able to do her job to the same level after she returns, if at all. I have no doubt that Serena will add her name to a long list of amazing women who will not be pushed out of their career because of motherhood but will in fact flourish in it.

Are there any other women out there at the moment who epitomises ‘strong is beautiful’ more than Serena?  While she has admitted to struggling with her body image in the past, as it does not fit the stereotypical skinny women look. You would not be able to tell she had the same doubts as all of us, as she has embraced her body in a more open fashion these last few years. 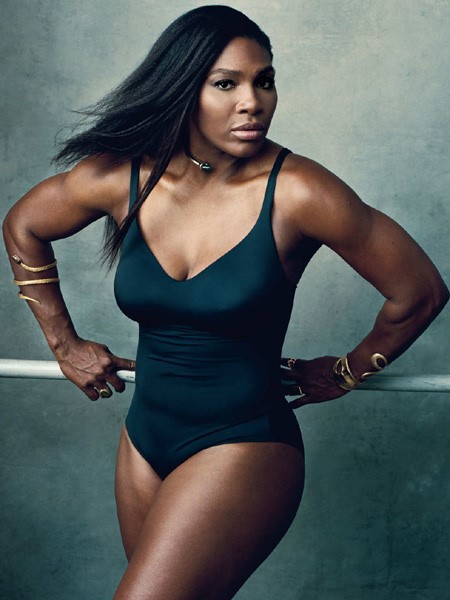 Yes I am probably repeating myself at this stage, but I mean she really is awesome. To be a world number one at a sport, winning tournaments while pregnant and continuing to be a role model to millions of women worldwide, she deserves her own list and most importantly, our unconditional support.